Brett Kavanaugh’s odds of taking his seat on the US Supreme Court have fallen sharply since Sunday when a second woman came forward to accuse the Trump nominee of sexual misconduct. 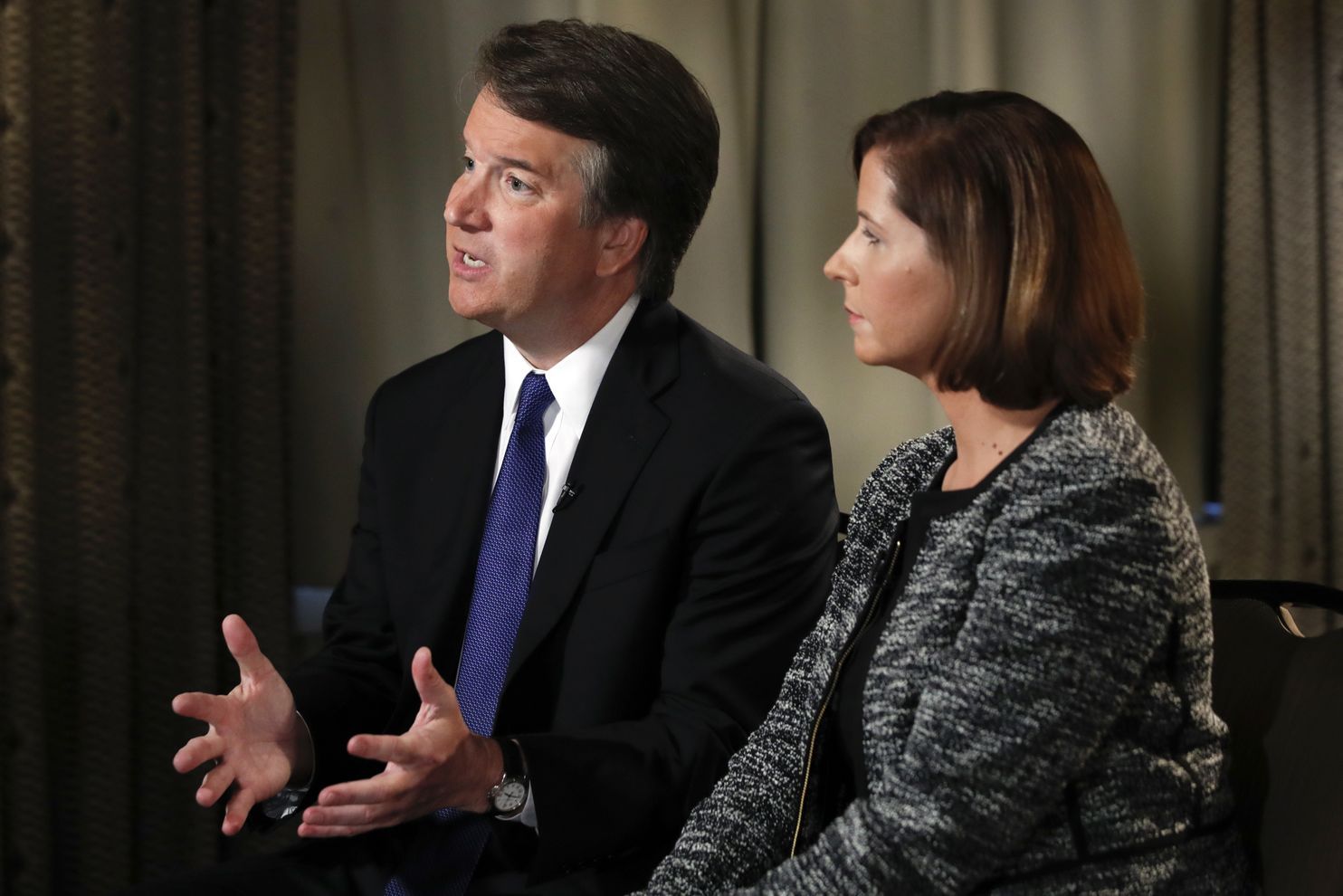 Brett Kavanaugh appeared with his wife, Ashley, on Fox News Monday to protest his innocence over recent sexual assault allegations. Many prediction markets now have Trump’s SCOTUS pick as an underdog for confirmation. (Image: Fox News)

Two weeks ago, Kavanaugh was such a shoo-in for the job that European online bookies like Paddy Power had stopped offering odds on the proposition.

It was after all a one-horse race — although it’s also true that the nomination of a US judge is not likely to register highly on the radar of the average European bettor, preoccupied with the recent resumption of domestic soccer leagues.

Betting on the outcome of political events is illegal in America, so instead we turned to prediction market websites, like predictit.com, where Kavanaugh was registering 90 percent probability for SCOTUS confirmation.

But on September 16, California university professor Dr. Christine Blasey Ford publicly alleged Kavanaugh had sexually assaulted her in 1982 when they were both teenagers.

Blasey Ford claims that Kanavaugh drunkenly tried to remove her clothing after pinning her to a bed and clamping a hand over her mouth when she tried to scream. On Thursday, she is due to give evidence to the Senate Judiciary Committee.

Then, last Sunday, a former Yale University classmate of Kavanaugh’s, Deborah Ramirez, told the New Yorker the future judge once exposed himself to her at a dormitory party.

The accusations have reignited the interest of PaddyPower, which believes Kavanaugh’s confirmation is now a coin toss — or at least the bookie’s version of a coin toss, with both outcomes at 6/4, or an implied probability of 54.5 percent.

The likelihood of Kavanaugh’s confirmation tumbled even further in the prediction markets after the second accusation, bottoming out at 30 percent on PredictIt on Monday, before recovering slightly.

The Republicans hold the Senate by a 51-49 majority, which means it will only take a couple of Republicans to jump ship to derail the process.

But publicly at least, the GOP remains behind Kavanaugh, who has shown no intention of withdrawing himself from the process. On Monday he appeared on Fox News to assert he has “never sexually assaulted anyone, in high school or otherwise.”

The interview was an unprecedented move for a SCOTUS nominee and the actions of a man determined to seize the political initiative before Thursday’s hearing.

“I’m not going to let false accusations drive us out of this process,” claimed Kavanaugh. “I’m a good person, I’ve led a good life.”