Casino visitors in Macau can breathe a lot easier as the Health Bureau of the city has declared that a recent rash of rubella cases is not an outbreak. This, despite the fact that confirmed cases of the disease have continued to increase over the last month. 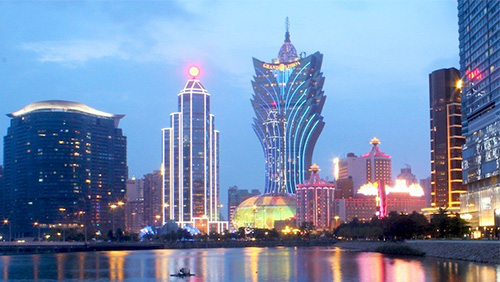 The issue first came to the attention of the health authorities when it was discovered in early April that 12 employees who worked at the City of Dreams Cotia and StarWorld Hotel had contracted the illness. An extensive series of blood tests was conducted on all employees, and labor officials pushed for the government to impose stricter guidelines on sanitation and disinfecting policies. Despite these precautions, there were two additional cases that were reported by April 24.

The Health Bureau took every step to try to quell any talk of an outbreak occurring at one of the most popular casino resorts within the region. Blood tests provided a number of positive results, especially for those who are pregnant, where 30 of the 32 women who were tested and worked at the casino complex were found to have an immunity to the disease.

Adding to the positive reports was the fact that only four of the individuals who had contracted the disease were actually born in Macau. This seemed to have buoyed the claims of the Health Bureau.

Yet, there have now been 37 confirmed cases of rubella within Macau this year. This is despite the claims that there is no such outbreak at the casino area, where 24 workers on the casino properties have been confirmed to have contracted the disease since the beginning of April.

It is true that “outbreak” may be too inflammatory of a word to use, which is probably why the Health Bureau has been quick to give the city a clean bill of health, one cannot deny that either something at the facility is opening the door for the potential for people to get the disease, or there is a large number of people coming to the area who are carriers of the virus.

Either way, this could pose a serious risk for those who are coming to the resort and casino. The Health Bureau has made it clear that it is the high vaccination rate within Macau that has helped to prevent an epidemic from occurring amongst the community, but they also explained that there the number of cases that seem to be increasing are likely due to “external factors, as there were no signs of continuous … transmission in the community.”

For those who are planning to visit Macau in the near future and who have not received a vaccination shot against the disease, it may be time to do so. Being cautious in a circumstance like this is just wise advice.