MGM Resorts International is ready to bedazzle Osaka officials with its gambling talents and prowess. The head of the company’s subsidiary in Japan, CEO Ed Bowers, announced this week that MGM Resorts Japan is ready to submit an official proposal to Osaka as it continues to lobby to become the preferred casino operator if Osaka is chosen as one of the three locations for an integrated resort (IR). 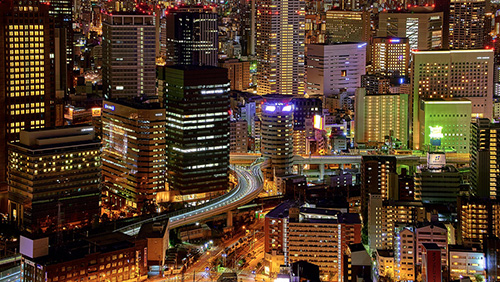 Osaka began accepting preliminary proposals from potential casino partners on April 25. The window for the proposals to be submitted closes on May 24, and MGM is reportedly one of the first companies to act. It’s not surprising, given MGM’s constant public displays of affection toward Osaka officials.

Bowers didn’t say exactly what the proposal entailed, only repeating that the deal includes Orix, a Japanese financial services company. However, he emphasized that the deal is not an exclusive arrangement with Orix, leaving the door open for possibly other entities local to Osaka to become involved. It has been rumored that several local corporations could enter the scheme as minority partners.

The proposal will be officially unveiled during an IR expo that opens Wednesday. Osaka is hosting the 1st Japan IR Expo, which will be held at INTEX Osaka on May 15-16, and will bring together casino operators wishing to get involved in Japan with local businesses and industry experts, as well as several representatives from Osaka’s government.

The expo was organized by Innovent, the same company that put together the 1st Kansai IR Showcase in April 2018. That show featured exhibits from six IR operators and was attended by the Osaka governor and Osaka city mayor. Innovent also organized the 1st Hokkaido IR Showcase, which was held this past January.

As the 1st Japan IR Expo is wrapping up, another Japanese casino conference will be getting started. The Japan Gaming Congress will launch Thursday (May 16) in Tokyo and will be a two-day conference to promote the upcoming casino activity. It will feature speakers from different industries, as well as from several potential casino candidates, including Galaxy Entertainment Group, Hard Rock Japan, Las Vegas Sands, Melco Resorts and MGM Resorts.