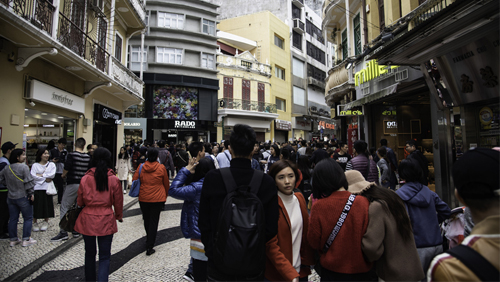 When discussing a Macau tourist tax, it’s starting to look less like a question of if it will happen, and more like when. The Macao Government Tourism Office (MGTO) have launched a new survey on their website, and announced it in a press release.

The survey, which Macau residents can access via a QR code, will run from May 20 until June 20. It asks how citizens think the proceeds of a tourist tax should be spent, if one is implemented. In the release, they noted that the answer they receive “will become a significant consideration in the study.”

Maria Helena de Senna Fernandes, head of the MGTO, told reporters on May 21 that the government still hasn’t settled on a tax, reports GGRAsia. “We are still collecting opinions,” she said. “There are different ideas, different opinions.”

The survey looks like it might play into the final decision of if a tax should be implemented as well. The release noted:

“By carrying out the month-long opinion poll, the office [MGTO] hopes to learn about the preference and points of view of residents regarding the feasibility of imposing tourist tax in Macau.”

Fernandes had previously floated the idea of a tourist tax in March. At the time, she announced the government would study how tourist taxes have been implemented in other countries, and consider if it would work for Macau. Some suggested the revenues should be used to promote the tourism industry, as a method of growing the economy even further.

The tourist tax idea stems from the feeling that Macau has started to reach the maximum capacity of visitors it can handle. Prior to the tourist tax, lawmaker Sulu Sou proposed a tourist cap as a method of easing the burden on the city’s infrastructure. That proposal was shot down pretty quickly.

Now that they’re asking how tax revenues should be spent, it seems more likely a tourist tax will push through. It’s now more of a question of how it will be implemented, and how aggressive the tax will be.