Imperial Pacific legal eagle quits just when they need him most 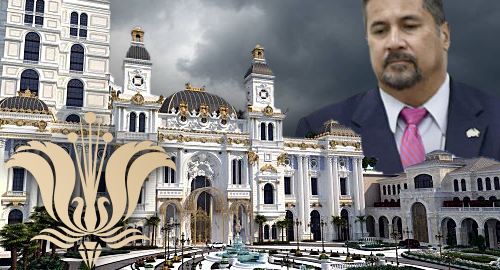 Saipan casino operator Imperial Pacific International (IPI) has lost its top legal eagle just when it needs him most.

On Tuesday, the Saipan Tribune reported that IPI’s general counsel Philip Tydingco will no longer work at the company after Friday, December 13. Tydingco, who joined IPI in August 2017 after a stint as Guam’s deputy attorney general, has yet to publicly comment on the reason for his departure.

Tyndingco’s exit comes just weeks after the Federal Bureau of Investigation announced that it was probing IPI and Commonwealth of the Northern Mariana Islands Gov. Ralph Torres for possible wire fraud, money laundering and illegal campaign contributions. That news followed FBI raids on multiple locations on Saipan, including offices belonging to both IPI and Torres.

Before he left, Tyndingco (pictured) did manage to convince US District Court Judge Ramona Manglona to dismiss a lawsuit filed by Pacific Rim Land Development, a contractor that accused IPI of failing to pay $5.65m owed for work Pacific Rim did on IPI’s unfinished Imperial Palace Resort. Pacific Rim also asked the court to slap a mechanic’s lien on the property to compel IPI to pay up.

Through Tyndingco, IPI argued that Pacific Rim’s lien request was made well after the 60-day window for filing such requests and thus was “time-barred.” Judge Manglona granted IPI’s motion to dismiss but allowed Pacific Rim the opportunity to amend its complaint and has scheduled a hearing for December 10 to consider the amended application.

IPI IN ARREARS AGAIN?
Meanwhile, the fiscally-challenged IPI has once again found itself under fire for money it owes the CNMI government that the company either can’t or won’t pay.

In October, CNMI House Gaming Committee chair Rep. Ralph Yumul asked the Commonwealth Casino Commission (CCC) for information on whether IPI had made its annual $20m contribution to the Community Benefit Fund, as required under the terms of the exclusive gaming license IPI was issued by the CCC.

Last week, CCC executive director Edward Deleon Guerrero responded by saying the CCC was unable to respond due to an ongoing investigation of the matter. Guerrero assured Yumul that the CCC would update him once it had completed its investigation.

This is far from the first time that IPI has been accused of failing to honor its financial obligations to the government. In August, IPI belatedly made good on its annual license fee payment to the CCC after making only partial payments well after the stipulated date for delivery.

In June, local politicians complained that IPI’s Business Gross Revenue Tax payments had dwindled from $67.7m in fiscal 2017 to just $41k in the first nine months of the CNMI’s fiscal year. IPI execs subsequently claimed to be owed ‘credits’ for overpaying its BGRT in previous years.

Last week, local media reported that CCC commissioners were a little miffed by IPI CEO Mark Brown’s failure to attend the CCC’s monthly meeting. CCC chair Juan Sablan said it was “very important” for either Brown or IPI’s CFO to be in attendance, noting that “we only do this once a month” and wondering aloud if the CCC “need to subpoena” Brown to guarantee his presence.

IPI’s MYSTERY SHOPPER REVEALED
Late last month, IPI’s controlling shareholder Cui Li Jie announced that she was selling a 4.9% stake in the company to a firm identified only by its Chinese characters. IPI later revealed that the company’s English name is Brave Access Investments Ltd.

A company going by that name has a website that identifies itself as Jinying Investment Co Ltd, which has its headquarters in New York and offices in Hong Kong and New Zealand. The company’s stated goal is seeking out “investment opportunities arising from the transformation and upgrading of the global economy.”

On November 21, Brave Access/Jinying confirmed the IPI investment, referring to the casino company by its holding company name BOHUA. Brave Access added that it would “start strategic cooperation with Bohua Pacific in the coming year, and continue to increase its holdings of Bohua Pacific Division shares.”

Brave Access and IPI appear to have a history that predates the share deal, as the Brave Access site features a photo page dating back to July offering its congratulations on the ground-breaking of IPI’s second Saipan property, the Imperial Casha.

The post Imperial Pacific legal eagle quits just when they need him most appeared first on CalvinAyre.com.