It should have been a relatively easy, mundane process that has been seen countless times around the world. But, officials in Greece decided to shuffle their feet and make excuses time and time again, delaying the ability for casino operators to submit bids as part of a larger resort project in the country.

Just when everything seemed to finally be ready to move forward, there was another snag, thanks to one of the applicants, and delays were introduced once again. Now, the two finalists for the casino are threatening to sue Greece over the entire debacle. What should have been a routine paperwork drill has turned into an international embarrassment for the Mediterranean island nation. 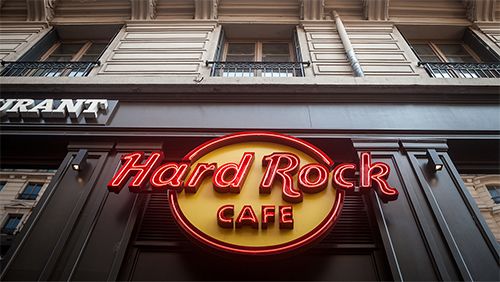 Mohegan Gaming and Hard Rock International (HRI) were the only two companies willing to hang around while Greek officials continuously found ways to put the brakes on the casino tender process. When the green light was finally given, they dutifully turned in their paperwork and waited. However, one of them screwed up the paperwork, leading to yet more delays that could last for up to six months, according to some sources.

According to BusinessDaily.gr, HRI was responsible for the faux pas, but it still should have been a relatively easy fix. However, the media outlet reports that the casino operator could now be disqualified from the race, a decision that would lead to HRI suing Greece. For its part, Mohegan Sun says it is willing to sue Greece if the country decides to award HRI the license, since the company didn’t follow the rules of the game.

Plans to have the casino started before the end of the year now seem to be unrealistic. Even if HRI were to be allowed to stay in the fight and ultimately produced a better pitch than Mohegan Sun, a lawsuit would apparently be unavoidable. This is certainly not what Prime Minister Kyriakos Mitsotakis had in mind when he set about looking for ways to boost Greece’s economy.

The idea of having a massive resort in Hellinikon has been floating around for more than four years, but that’s all it’s been doing. The previous ruling party, the Syriza Party, didn’t want any investments from outside companies, even though no domestic companies had the necessary funds to invest, and allowed Greece to continue to spiral out of control with no stable economic foundation. Now that the government has changed hands, there has been a little forward movement, but it would seem that the government still can’t take the necessary steps to recuperate the country’s financial independence.