Heavyweight contender Alistair Overeem looks to be in a toss-up fight against undefeated prospect Jairzinho Rozenstruik in the main event of UFC on ESPN 7 in Washington D.C. on Saturday. 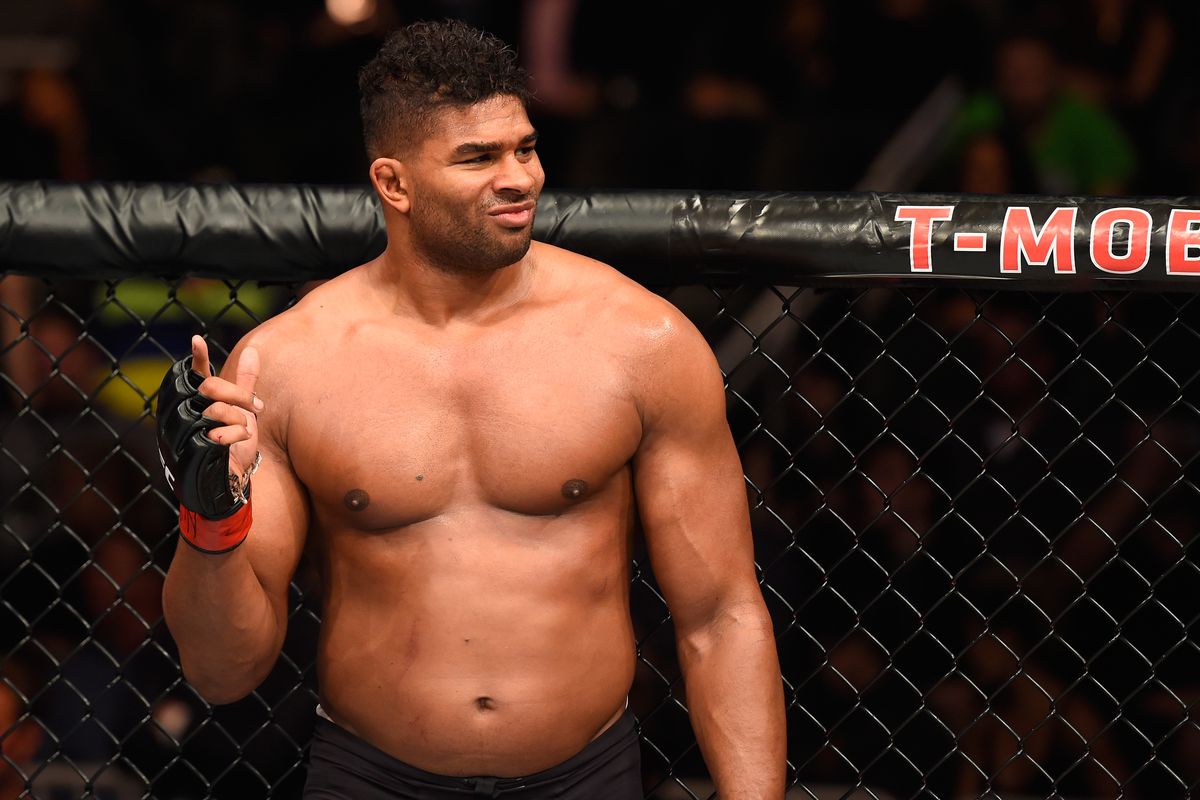 Alistair Overeem (pictured) is in a pick ‘em fight against Jairzinho Rozenstruik on Saturday, according to UFC on ESPN 7 odds posted by DraftKings Sportsbook. (Image: Josh Hedges/Zuffa/Getty)

Overeem and Rozenstruik are both listed at -110 odds at DraftKings Sportsbook heading into the fight.

Rozenstruik Takes Step Up in Competition vs. Overeem

Heavyweight fights tend to be difficult to predict, as there’s always the potential for the bout to end with a single punch or kick. But Rozenstruik (9-0) brings even more uncertainty to the table. With only nine fights under his belt – and only three in the UFC – it’s hard to say just what his toolset is in the Octagon. While he’s yet to have been seriously challenged, he’s also never fought someone with the experience or ability level of Overeem.

What the 31-year-old from Suriname has shown is tremendous knockout power, something that he showed in his last fight, when he took out former champion Andrei Arlovski in just 29 seconds.

I didn’t expect it to go that fast,” Rozenstruik told UFC.com. “I just put in work all those days, all those months. I did what I had to do and I was sharp and fit and as soon as someone makes a mistake, I drop them.”

By contrast, Overeem (45-17) is a well-known quantity in the world of MMA. A former champion in both Strikeforce and DREAM, the 39-year-old veteran says that there’s only one more thing he wants on his resume before his career comes to an end.

“My career would not be complete without UFC gold,” Overeem told reporters. “I just need to win my fights. If you win Saturday, I’ll probably have to do one more win then we can make noise for a title shot.”

Calvillo Comes in Over Weight Limit

The co-main event features what was meant to be a women’s strawweight battle between Marina Rodriguez (12-0-1) and Cynthia Calvillo (8-1). However, Calvillo weighed in on Friday at 120.5 pounds – 4.5 pounds over the strawweight limit, even considering the one-pound allowance given to fighters. It’s the second time in the past two years that Calvillo has failed to make weight, and she will have to give 30 percent of her purse to Rodriguez (who weighed in safely at 115.5 pounds) as penance.

Nevertheless, the fight will go on as a catchweight bout, with Rodriguez (-130) coming in as a slight favorite over Calvillo (+105). Rodriguez, currently ranked at No. 9 in the division, says that the matchup against the lower ranked Calvillo (No. 10) isn’t ideal, but that it’s still a good step towards contending for a title.

I don’t expect to rise in the rankings because she’s ranked behind me, but I think it’s a good name and a good opportunity for me to show my work and get some extra points there,” Rodriguez told reporters via a translator during open workouts. “Even though it’s not up in the rankings, it’s going to push me forward in my career.”

The 32-year-old Calvillo sees the fight as an opportunity to continue rising in the rankings after winning her past two fights following a disappointing loss to Carla Esparza in December 2017.

“I’m really excited to show the development and the improvements I’ve made,” Calvillo told Yahoo Sports. “Marina is undefeated and she’s beaten some notable names and she belongs in this situation. She’s a great opponent for me at this stage and a win over her will look great on my resume.”

In other UFC on ESPN 7 odds, Ben Rothwell is a -143 favorite over Stefan Struve (+115) in a heavyweight clash, while women’s bantamweight contender Aspen Ladd (-155) is favored over Yana Kunitskaya (+125).

The post UFC on ESPN 7 Odds: Overeem Evenly Matched with Rozenstruik, Rodriguez Has Edge Over Calvillo appeared first on Casino.org.