No. 2 LSU (12-0) is a touchdown favorite over No. 4 Georgia (11-1) as the two teams prepare to meet in the SEC Championship on Saturday at the Mercedes-Benz Stadium in Atlanta. 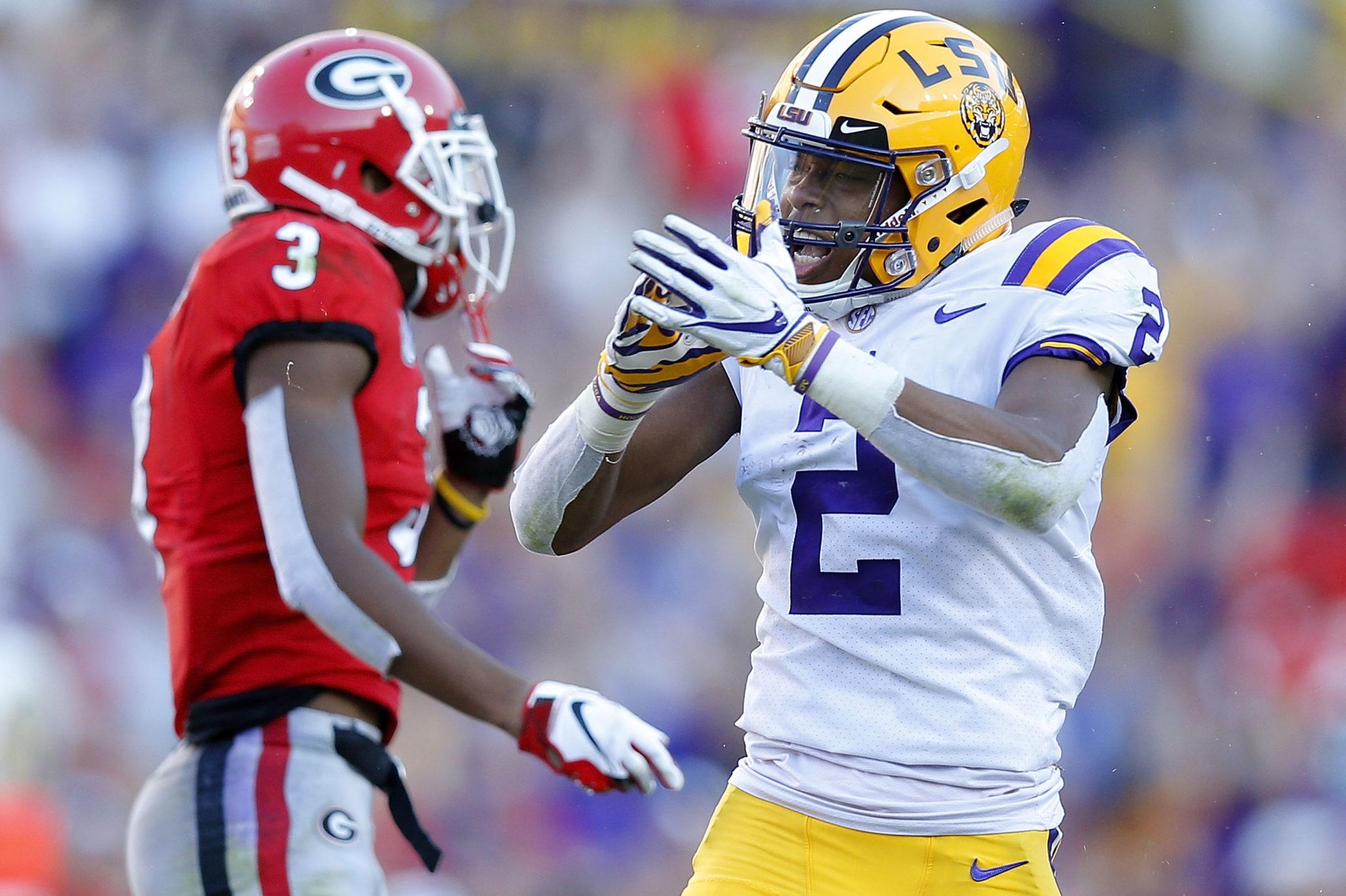 LSU is a touchdown favorite over Georgia, according to SEC Championship odds provided by DraftKings Sportsbook. (Image: Jonathan Bachman/Getty)

LSU is a seven-point favorite in the matchup, according to SEC Championship odds posted by DraftKings Sportsbook.

LSU, Georgia Know a Win Gets Them In

More importantly for the two teams involved, LSU is also a -250 pick to win the game outright over Georgia (-250). That’s critical, as the winner of the game will certainly earn a berth in the College Football Playoff.

It’s also possible that the Tigers could get in even with a loss, though that’s far from certain. While many other one-loss SEC teams have been playoff participants, head coach Ed Orgeron didn’t even want to entertain the idea heading into Saturday’s game.

Not even thinking about it,” Orgeron told reporters. “I’m not buying into that at all. We got to win. I don’t even know if we got to win to get in the playoffs or not. I’m not even talking about that. Our goal is to beat Georgia and win the SEC, then let’s see what happens.”

There are far fewer questions on the other side of the ball. Last year, Georgia felt snubbed when they were ranked fifth after finishing the season 11-2 following a heartbreaking loss in the SEC Championship to Alabama.

This year, there would be no debate: with the number of quality undefeated and one-loss conference champions on the board, there’s no way a two-loss team could get in. On the other hand, with the Bulldogs already sitting at No. 4 in the playoff rankings, a win over LSU would virtually guarantee them a spot in the College Football Playoff.

In order to earn that spot, Georgia will have to shut down arguably the best offense in the country. If there’s a team that can do it, it’s the Bulldogs, who themselves might well be the best defensive squad in all of college football. But even head coach Kirby Smart admits that his players haven’t yet seen a team like LSU.

“It’s as explosive of a team as I’ve ever seen on tape,” Smart told reporters. “This obviously will be the ultimate test. [LSU has] the best offensive unit we’ve played, all the way around, and it’s really not even close.”

LSU is currently second in the country in scoring offense. At 48.7 points per game, they trail only Ohio State (49.9). Meanwhile, Georgia is second in scoring defense, having allowed just 10.4 points per game (Clemson leads in that category, giving up just 10.1 points per contest).

In that sense, the SEC Championship will come down to a battle between an unmovable object and an unstoppable force.

“On defense, by far the best defense we’ve seen,” Oregron told reporters, speaking of the Georgia defensive unit. “10 points per game…only giving up 257 yards per game.”

While LSU has had to survive one score games against Texas, Auburn, and Alabama, they’ve managed to escape without a loss, while Georgia was upset 20-17 by South Carolina in overtime earlier in the season to give the Bulldogs the only blemish on their record.

The SEC Championship kicks off at 4 pm Eastern, and will air on CBS.