Duke and Duchess of Sussex Job Offer Was No Publicity Stunt, Says Casino

As the Duke and Duchess of Sussex, Prince Harry and Meghan Markle, ponder their next move after their earth-shattering decision to “step back” from royal life and become “financially self-sufficient,” a California casino is throwing the couple a lifeline. 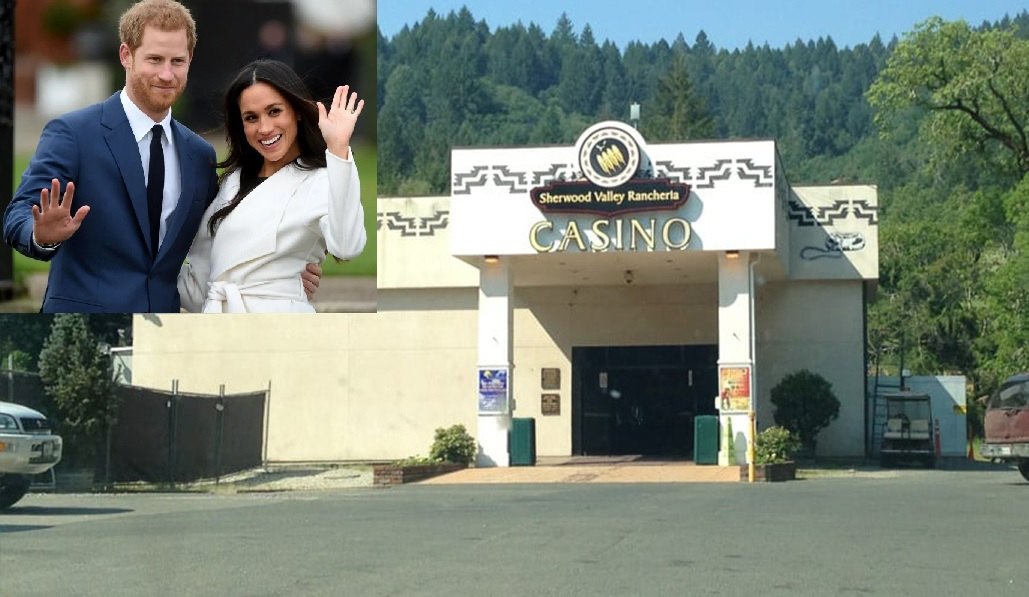 Pastures new? Harry and Meghan want to step back from public life, but could the Royal Family’s loss could be the California casino industry’s gain? (Image: Sherwood Valley Casino/Washington Post/Casino.org)

After all, the casino industry provides good salaries for low-skilled workers — and that’s before all the tips.

Not that we’re likely to see Prince Harry dealing blackjack soon. Sherwood Valley Casino, a small tribal casino in Willits, Mendocino County, announced last week via press release it had contacted the Royal Household of the Duke and Duchess of Sussex to propose they explore business and philanthropic opportunities together.

On Wednesday, the casino’s general manager Michael J. Broderick told Willits News that the offer was no dumb publicity stunt, it was completely sincere.

“A few weeks ago, we had heard through our media and entertainment industry friends in Los Angeles that The Duchess had been in conversations with Disney to do some work with charitable implications and we thought that was great,” explained Broderick.

“But it was real hush-hush and rumors — nothing concrete. However, since we had got the indication that there would be the possibility that The Duke and Duchess were entertaining the idea of working with different private companies, we thought it would be a great idea to approach them and throw our hat in the ring, so to say. We wanted to be part of the conversation.”

The idea was apparently concocted by several casino managers, the tribal chairperson and “a few friends in Hollywood,” who managed to get hold of direct contact information for the Duke and Duchess’ personal secretaries, Broderick said.

“We think there might be an opportunity to work with the Sussex’s in order to improve the lives of Indigenous peoples locally and nationally, and we are ready to partner with them if they are. And, if they need employment, we can look at that, too. Sherwood Valley Casino is always looking for great friendly people to become part of our casino family.”

The ball is now in Harry and Meghan’s court.

Meanwhile, across the pond, Paddy Power has its own ideas about what the future might hold for the couple. The Irish bookmaker has them at 2/1 to divorce within the next five years and 10/1 to be stripped of their royal titles completely.

Career-wise, they’re 12/1 to star in their own reality TV show and 14/1 to become social media influencers. Meghan is 100/1 to play herself in a future season of Netflix’s hit drama The Crown.

But they’re 1/2 to achieve financial independence and live happily ever after.

Paddy Power neglects to provide odds on the couple finding work within California’s tribal gaming sector, but as Broderick himself acknowledged, they’re probably “quite low.”

The post Duke and Duchess of Sussex Job Offer Was No Publicity Stunt, Says Casino appeared first on Casino.org.